The one skill to grow your client network

When I embarked on my first solo enterprise in 2012 with my white label agency, Plugin Group, it was an incredibly scary time. While I had spent quite a bit of time building up my client base while I was still working full time, I still saw a 50% drop in my monthly income. With two kids under two and being the sole income earner at home, sleepless nights were the norm. I had to think through how I would be able to grow my business to get back to what I was earning prior to going off on my own.

As a teenager, I loved working on cars. I didn’t have enough money to buy a decent car, so I would buy fix-me-uppers and spend every free minute in an auto parts store buying the parts that I needed to make my car drivable. In that time, I learned that having the right tools for the job was a key to success. I learned that your “toolbox” wasn’t just the rusty metal box that I had next to me for the better part of my teenage years, but it also meant the experience that you picked up along the way. The skills that I developed working on my junkers were just as important as the parts that I purchased at the auto parts store. Without the knowledge to do the job right, I wouldn’t succeed. In order to help my business succeed, I had to assess my “toolbox” to figure out what I had and what I lacked on my business journey.

While working through my business in those crucial first months after venturing on my own, I realized that I could sell services fairly easily. This was usually aided by the fact that my prospects had a need that I could resolve, but closing the business relied on educating the prospect first. Teaching my prospects what they needed to know to make an informed decision is an important part of my sales process. I try not to rush my prospects into making decisions because they need to fully understand what they’re asking for. This minimizes misunderstandings, but also clearly defines the level of effort to implement a solution. This also has another purpose: establishing trust.

Trust is critically important in the client/vendor dynamic. Without it, you lose credibility and the relationship before long. In my early days of trying to build my client base, I needed solutions that would cost me as little as possible, but would be fundamentally important in growing my business network. I realized early on that establishing, and maintaining, trust would be my key to developing long-term relationships. You see, there are countless salespeople that could sell you anything, including digital marketing services. I’ve met hundreds of experts in their fields of expertise in my industry. Unfortunately, I learned that the one chink in the armor of many was they couldn’t deliver on their promises. They were likely prioritizing the sale over project delivery, or they were simply not focused on keeping the client relationship strong.

The process of selling a client follows a similar pattern. Somewhere along the path of the sales process, expectations are set. Promises are made by the salesperson and the prospect comes away with the expectations that they believe will define success. Here’s where most engagements fail. Promises that are made are simply not delivered. Whether that was through overpromising on results, or unchecked expectations are set that aren’t addressed immediately. This is the area of engagement that I am always very careful to ensure. I never would want to be accused of not doing what I said that I would do. This requires a careful review of the plan of attack to solve the client’s most pressing problems. It must be understood fully by the client and the vendor to ensure that you’re setting the foundation for future success.

I also learned another byproduct of this approach to business: keeping clients is just as important as signing new ones. This becomes even more important over time. Now that Digiboost is embarking on its 6th year in business, this couldn’t be truer. 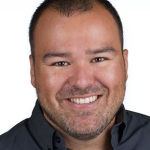 Pablo lives in San Antonio, TX with his wife and two sons. He spends most of his time playing at work and working at play, with the same goal: having fun doing it. If you’d like to connect with Pablo, you can find him at linkedin.com/in/pablocalvo322.